Listed Company Directorships and Board Advisory

Responsible for BT's Energy and Power Sector Group delivering the full range of financial products to the Energy and Power Sector in Australia and Asia. Products provided were debt (bank and capital markets), equity, research, M&A, sales and trading and risk management. The plan developed for the sector covers privatisations, Governments wishing to release capital from energy assets and restructuring in the sector (particularly in the oil and gas E&P sector and energy distribution business). Over twenty five professionals across the product range are focused on the sector. Major transactions included:

Responsible for BT's project finance team comprising 15 professionals. The focus of the business was on the resources sector (including oil and gas) and green field infrastructure projects. Major transactions:

Led the Project Advisory and Project finance team in a range of major mandates involving the provision of advice to major blue chip Australian and international corporations in the resource and power sectors seeking to purchase or sell assets in Australia and in Asia or to develop greenfield projects. Among the activities undertaken were the development of the financial structures to underpin the projects, the development of the major commercial arrangements to deliver the risk allocation outcome agreed with the client, the development and negotiation of major input and output agreements and the arrangement of finance.

The mandates included the provision of advisory and project finance services to:

In the marketing department of US-based Commonwealth Aluminum (100% owned subsidiary of Comalco);

In the Economics Department of RTZ (49% owner of CRA Limited) conducted extensive investigations of the markets for the major commodities produced by the RTZ group.

Member of the development team of the Government's National Income Forecasting Model of the Australian Economy. 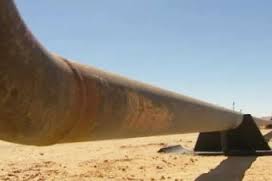